Happiness of its citizens, not GDP, is Bhutan’s admirable way of measuring prosperity. But for many in the landlocked Himalayan kingdom, making a living is their greatest challenge.

Hong Kong accountant Quin Thong set out to change that after a 2014 visit to the country, when she met a village housewife who was also a skilled weaver. Starting out with one weaver and eight scarves, Quin turned to her social-media network to find buyers for the handmade pieces.

The response was overwhelming and inspired Quin to set up ANA by Karma, a social enterprise that supports women artisans by helping them access the global marketplace and become financially independent. 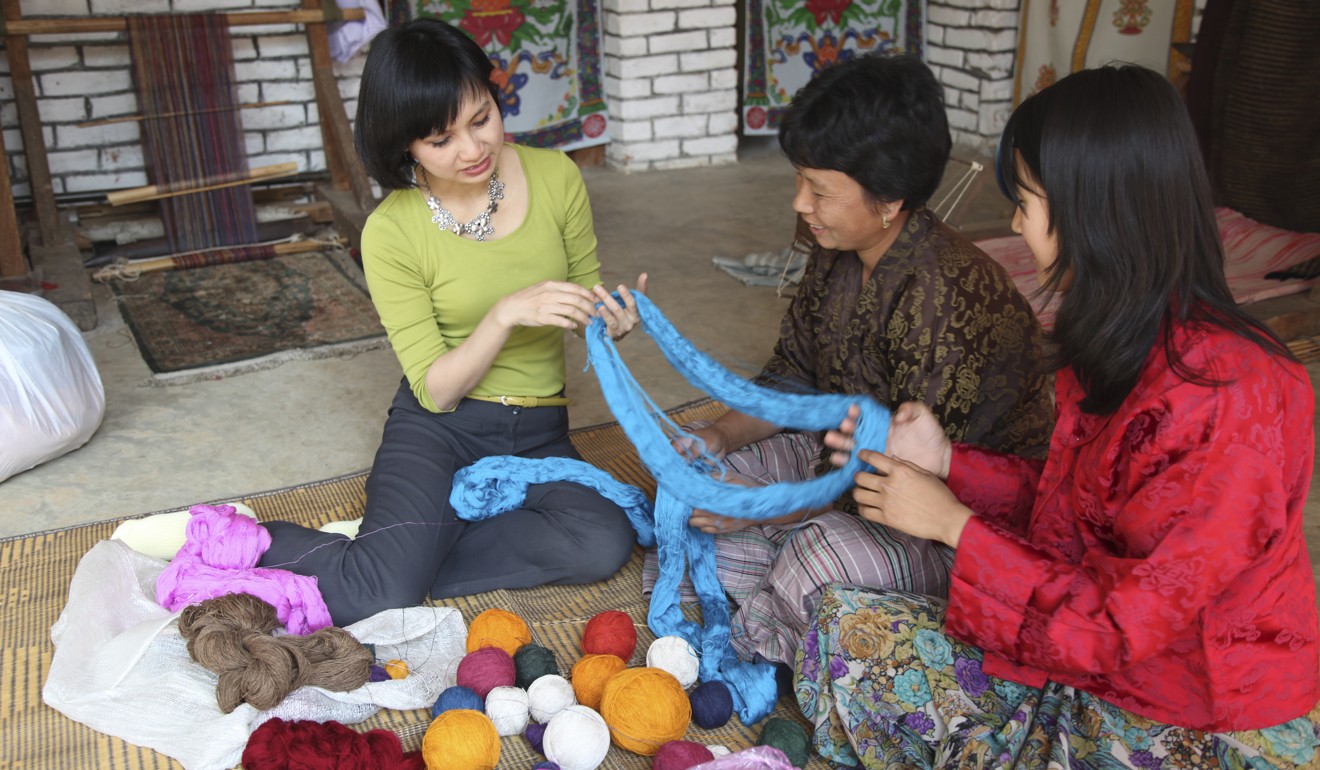 “I went to Bhutan for a holiday and, like every traveller, I brought home photos and presents,” says Quin. “What I didn’t know I’d bring home was a whole village of women weavers and children.

“I didn’t go to Bhutan ‘to save the world’. But a small act of kindness for one woman weaver today has blossomed into ANA by Karma, lifting over 70 women out of poverty into a world of business.” 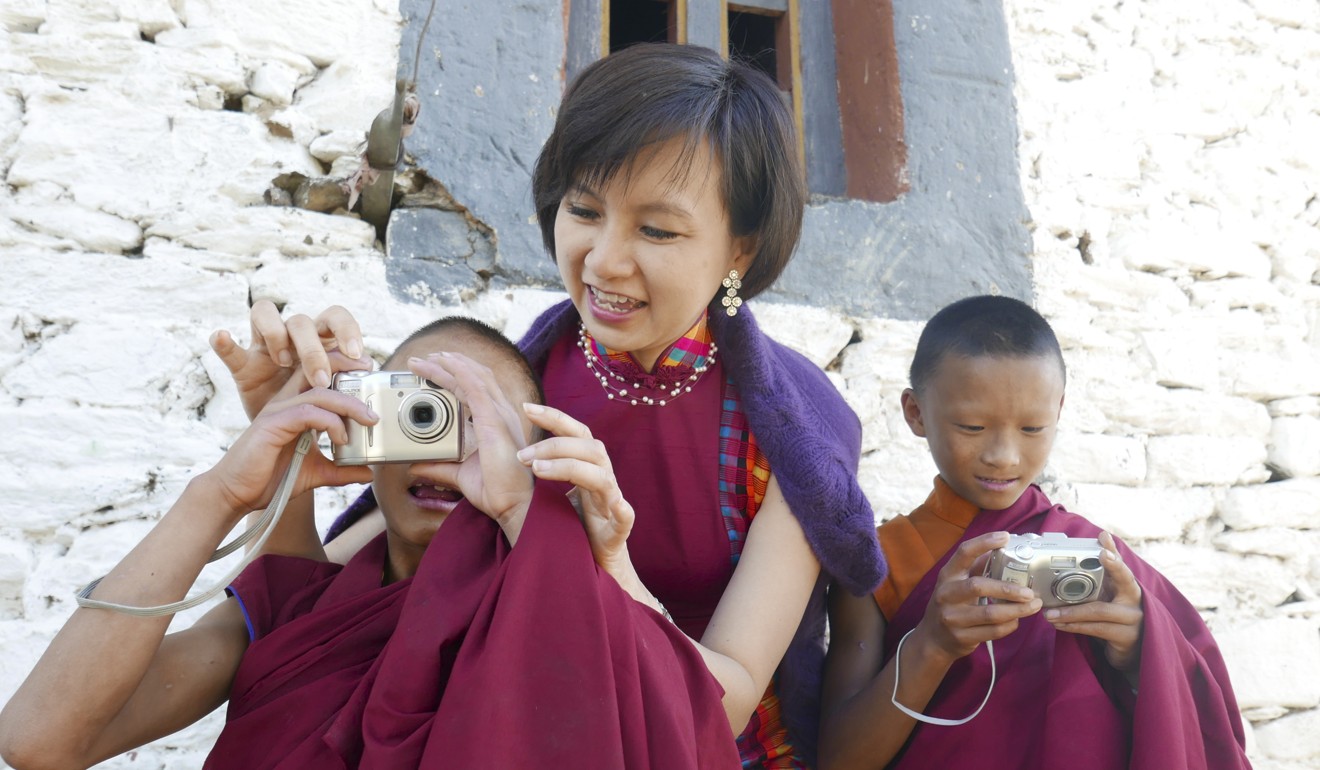 Net proceeds from scarf sales are ploughed back into the community, including organising photography workshops for the children. More than 100 youngsters have benefited since 2015.

“Teaching less-privileged children photography skills is equipping them for a future that is more dependent on images to communicate,” says Quin – think Instagram. “It also helps them build confidence to interact with others.” 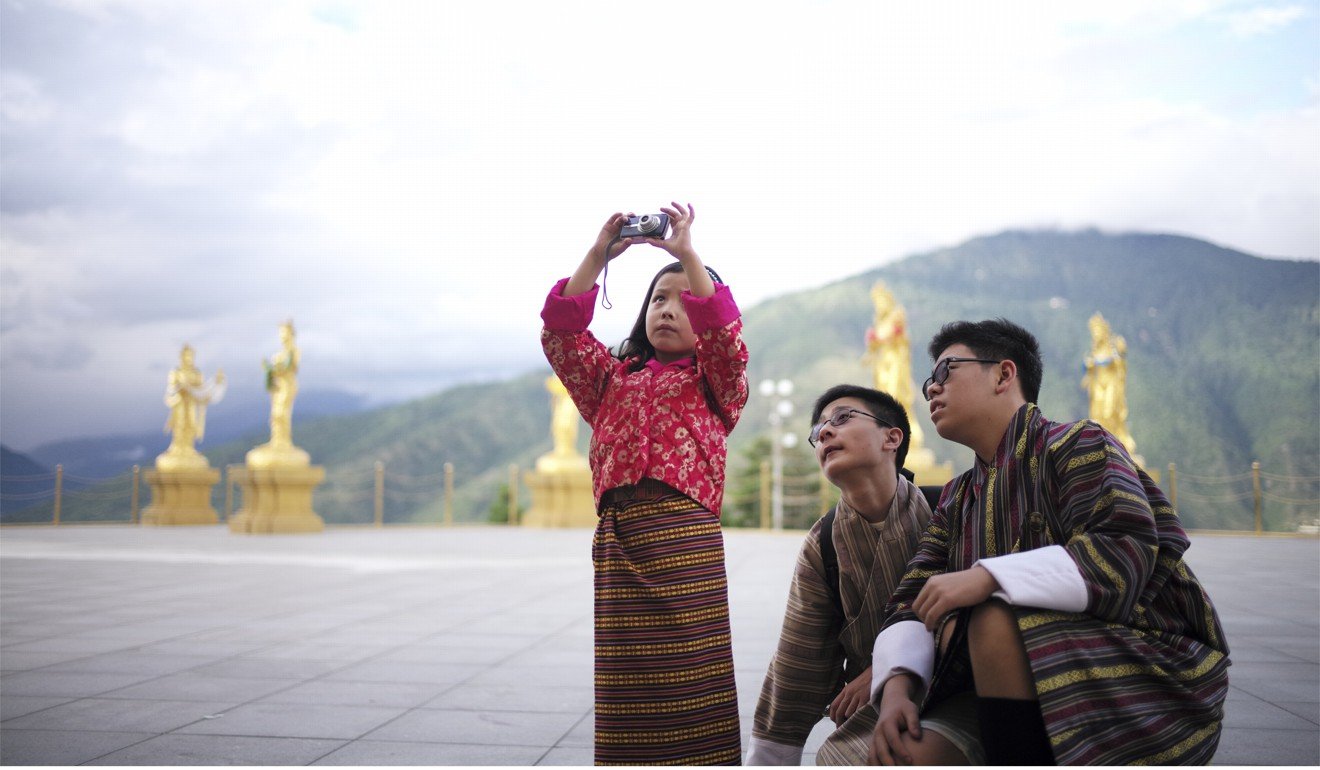 Photos taken by children supported by ANA by Karma will be shown at the “Bhutan Happiness” exhibition, at DrawGraphy, on June 25.

On June 25, a one-day exhibition titled “Bhutan Happiness”, at DrawGraphy, in Kennedy Town, timed to coincide with the third anniversary of ANA by Karma, will showcase the work of the young snappers. Weaver Pema Choden, once an illiterate housewife, now chief executive of ANA By Karma’s Bhutan operations, will attend with her children.